Station 9 is located in the Third Battalion at 231 Shady Ridge Road, near the corner of Middle Road.  The firehouse is closely modeled after a Lego®  CAD creation on the pages of Brickshelf (Click here for link).  It is a design that may have been modeled after a fire house in Germany.  Engine 12, Tower Ladder 5 and Rescue 3 respond from here.  Along with Brick Twp., Station 9 also responds to Lego®  Hills.  Station 9 covers Lego®  Hills Station 2's former area.  Members of Station 9 are mostly made up of former members of Lego®  Hills firefighters from Station 2 who lost their jobs when the Lego®  Hills Fire Department was disbanded.  Station 9 was renamed the Daniel Jezek Memorial Firehouse on October 29, 2010, in honor of Daniel Jezek, the founder and owner of Bricklink, who died unexpectedly on September 24, 2010.  Without Daniel's vision of an internet marketplace connecting Lego®  buyers with Lego®  sellers, the Lego®  Township Fire Department would not be in existence as it is today.  As a memorial to Daniel, Station 9 - Shady Ridge Road has been renamed in his honor. 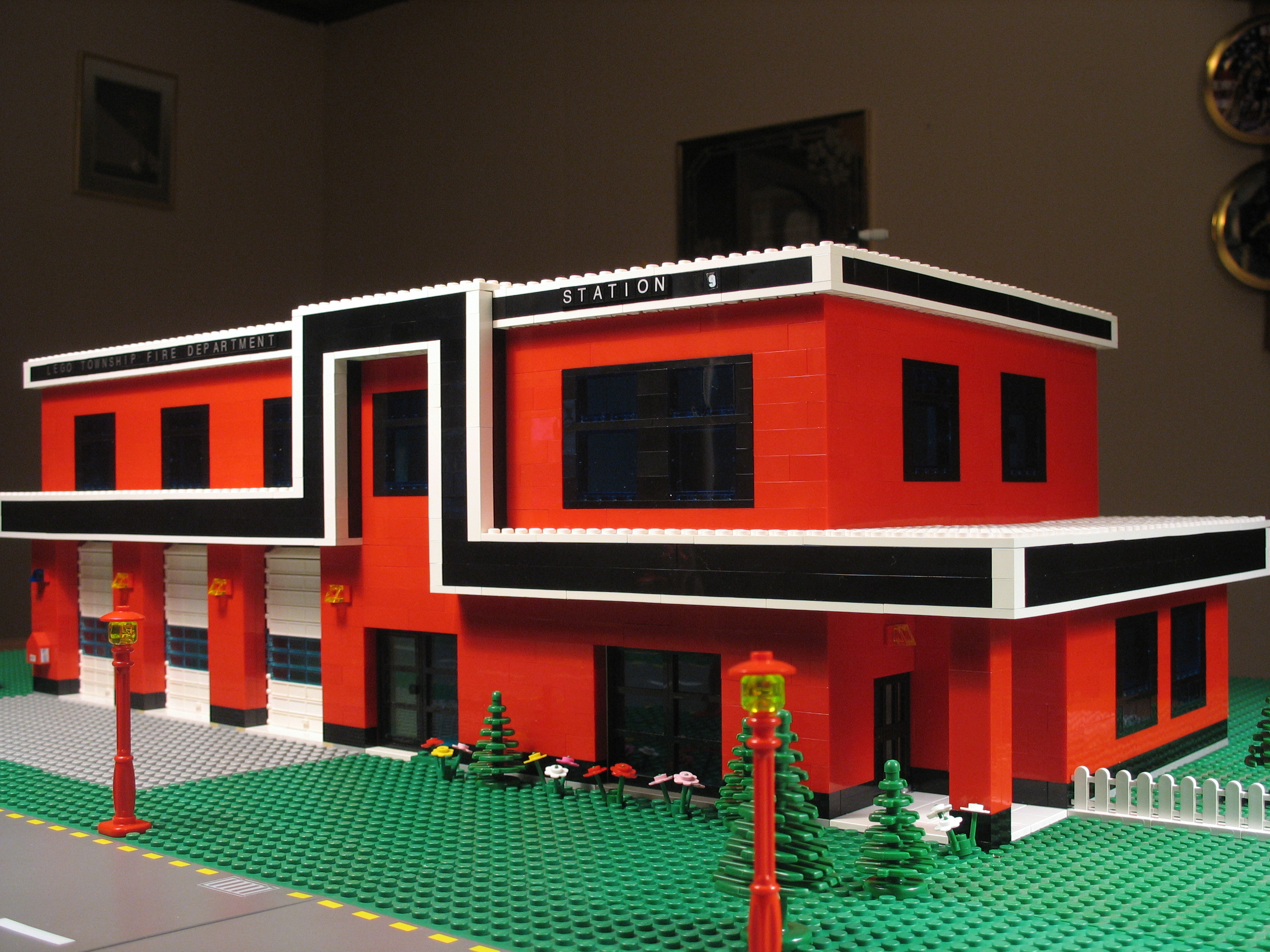 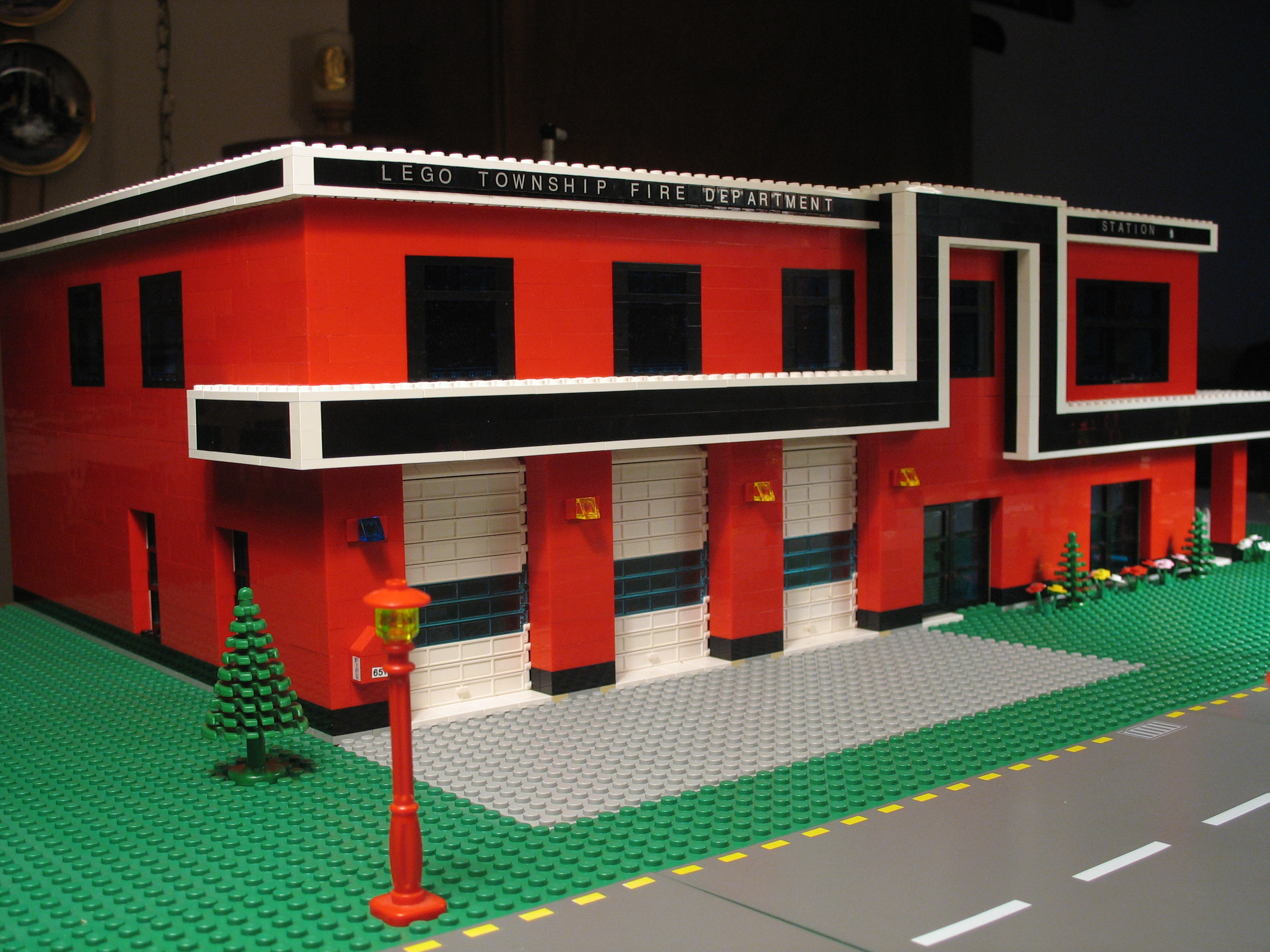 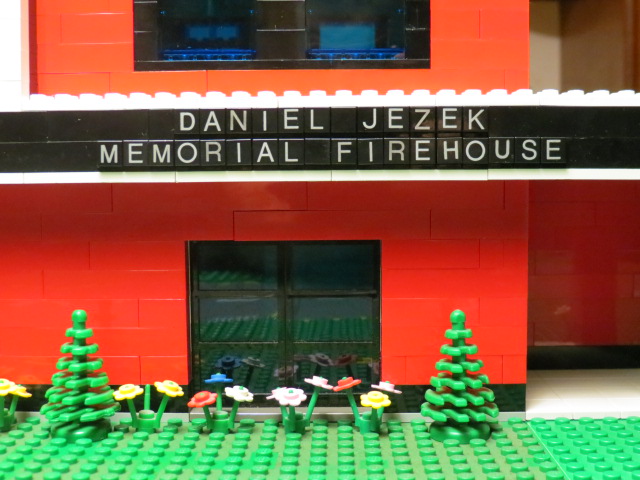 Engine 12 is a 2006 Pierce Saber pumper.  Engine 12 seats 6 firefighters, has a 1,750 GPM Waterous pump a 500 gallon booster tank and a 30 gallon foam cell.  The engine comes complete with an all LED lighting package, except for the two red wig-wags in the front.  Engine 12 replaces a refurbished engine (LHFD E-2) purchased from the Lego®  Hills Fire Department when they closed their fire department.  Lego®  Hills Station 2 companies were affectionately known as "The Thundering Herd"  Engine Co. 12 pays homage to its roots as it has "The Thundering Herd" written above the windshield. 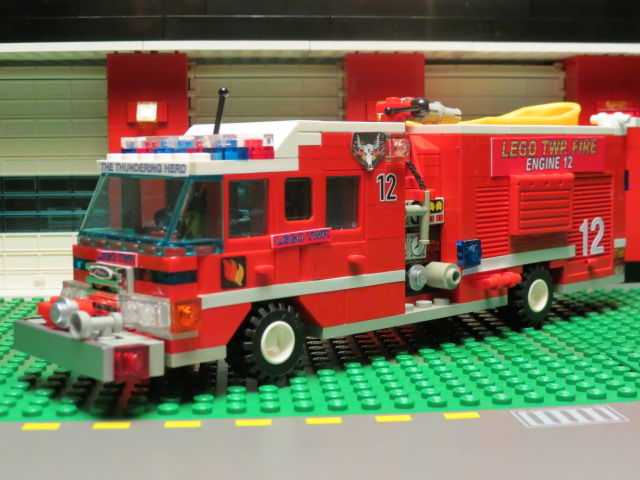 Tower Ladder 5 is an 2006/2013 Pierce Arrow XT 100' rear mounted ladder tower.  Tower Ladder 5 has a 1,750 GPM pump and a 300 gallon booster tank.  Tower Ladder 5 comes complete with LED lighting and a round-corner front bumper.  Recently, a new rear body, aerial and bucket were installed on the old frame.  As a member of the Thundering Herd, Tower Ladder 5 has the Herd's "call" written above the windshield with the word "Mooooooooove"...a noise heard on their page. 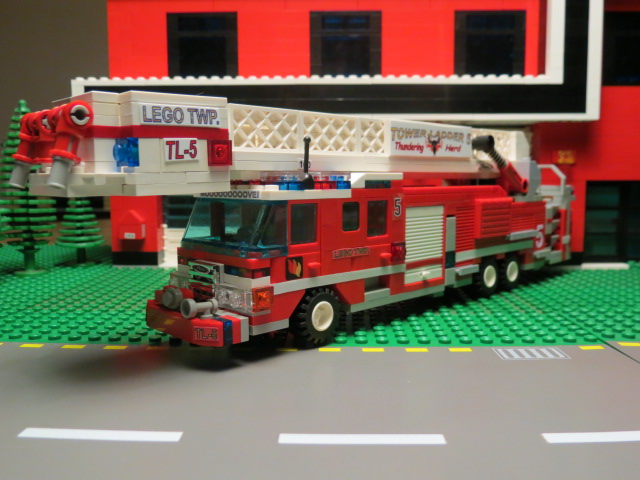 Rescue 3 is a 2006 Pierce Dash non-walk in rescue.  Rescue 3 specializes in dive and water rescue.  Rescue 3 comes with a boat and trailer, numerous underwater equipment, as well as other rescue equipment.  In addition to the water rescue responsibilities, Rescue 3 has the same responsibilities as the other two rescue companies.  Although Lego®  Hills is gone, it is not forgot as the Lego®  Hills Fire Department lives through Brick Twp and Lego®  Twp.  Thus, Rescue 3 chose a line from 'The Sound of Music' to remember Lego®  Hills FD, with "The Hills are Alive!" written above the windshield. 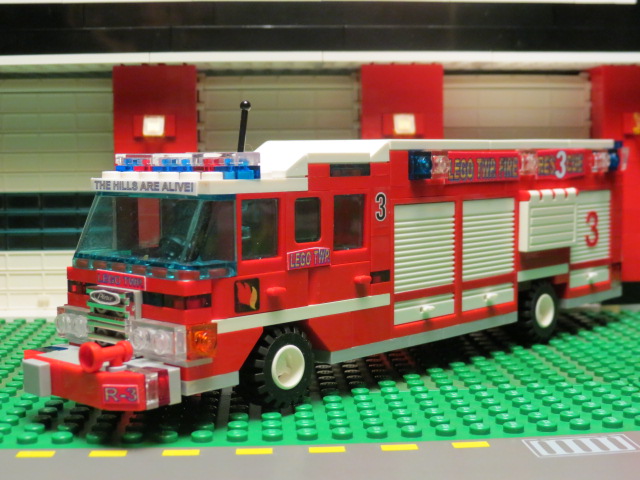