Throughout the years, many buildings have served as firehouses for the area now known as Lego® Township.  This page is a remembrance of "yesteryear" of these fire houses, which have served the Lego® Twp Fire Department.  Below are pictures and a little bit of history behind it.

Station 1 was originally built with 3 bays, accommodating Engine 1, Truck 1 and Rescue 1.  Engine 11 initially was a spare pumper, but due to increased size and population, Engine 11 became active and needed a home.  A 4th bay was added.  Soon, the LTFD outgrew the building and moved to their current home. 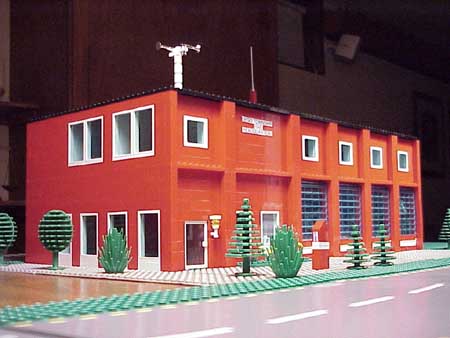 Station 3, modeled after Sacramento CA Fire Station 1, opened in September 1957 and closed in December 2003, since the firehouse could not properly accommodate two fire companies.  Engine 3 and Engine 7, which was a squirt, responded from here.  This firehouse was torn down two days later and a new firehouse was built on the same spot. 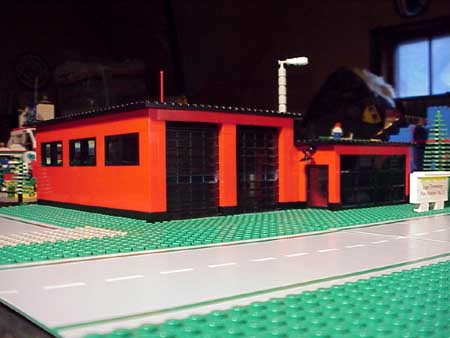 Station 4 served Lego® Township from 1926 until 2004.  Located on Alpine Span, this firehouse closed in 1986 and was reopened in 2002 before finally closing up in late November 2004 due to structural and foundation damage.  It appears that with the heavier fire apparatus, the apparatus floor began to buckle, weakening the floor and causing the foundation walls to shift.  This created large cracks in the building, making it unsafe to occupy.  Engine 4 temporarily relocated to Fire Headquarters before moving in to a new firehouse earlier this month.

Station 5 was constructed in 1968, renovated in 2002 and closed August 2004.  Station 5 went through many renovations over the years.  The last firehouse featured one officers' room on the first floor and a bedroom, kitchen, bathroom and a lounge area on the second floor. Also, a pole connected the 2nd floor sleeping quarters with the apparatus room.  Engine 5 and Truck 3 were assigned here. 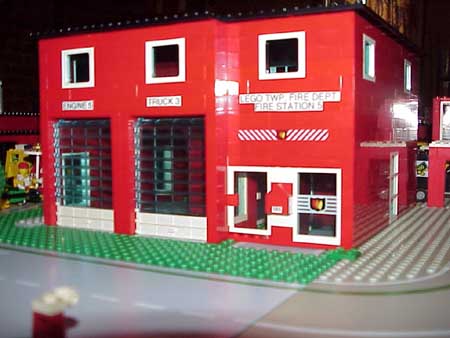 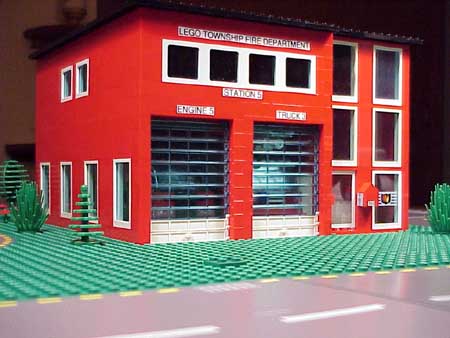 The old Route 35 Firehouse was built in 1967, designed after St.Lego Fire's Cross Street Station.  A natural gas fire in 2003 leveled the firehouse.  No one was hurt at the time since both companies were out on a run.  The existing Station 6 was built on the same site as the old firehouse. 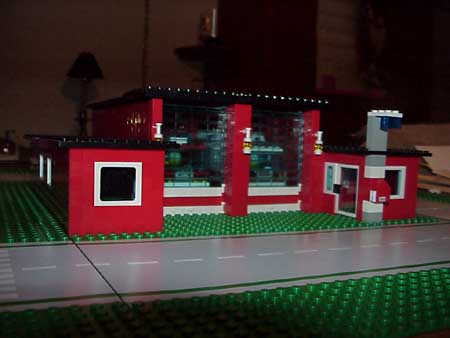 Below is the old-look of Station 7 before it was remodeled .  This firehouse remains in service , with a modern new look. 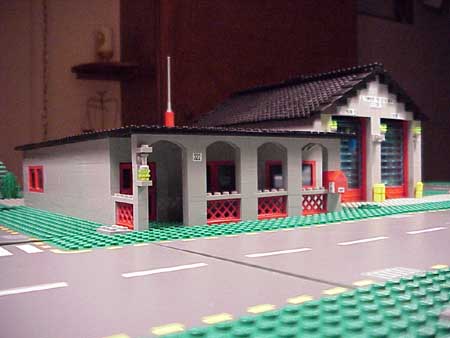