Station 7 is located in the Second Battalion at 322 Morningside Avenue.  Squad Engine 9 and Engine 10 are assigned to Station 7.  Station 7 is a 2 bay firehouse with drive through bays.  This is the only station in Lego® Twp that has this feature. 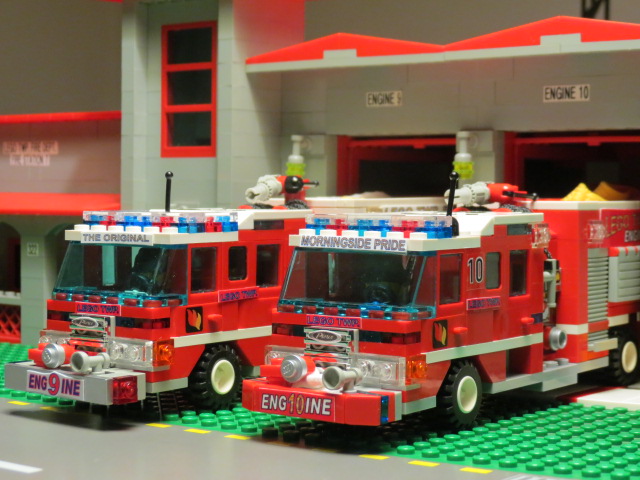 Squad Engine 9 is a 2003 Pierce Saber pumper-rescue.  The engine seats 6, has a 1,750 GPM Waterous pump, a 500 gallon booster tank and a 40 gallon foam cell.  Engine 9 selected "The Original" as it is the first ever Squad Engine Company in Lego® Twp. 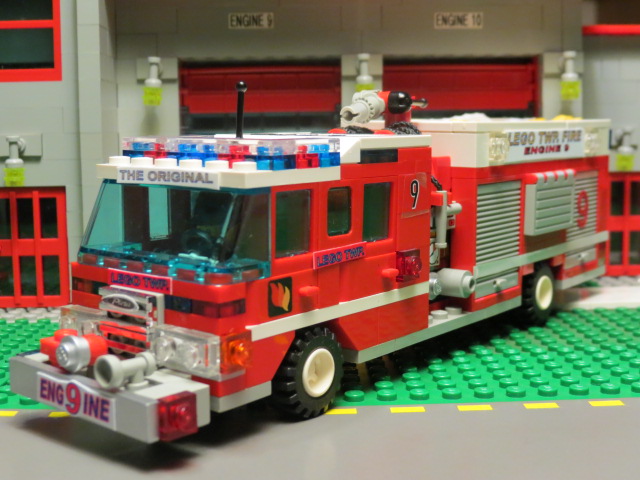 Engine 10 is a 2014 Pierce Arrow XT 6 man pumper.  The engine comes with a 1,750 GPM Waterous pump, a 500 gallon vertical booster tank and a 40 gallon foam cell, with capabilities to flow foam out of 3 preconnected handlines.  Engine 10 shows its neighborhood pride with "Morningside Pride" written above the windshield. 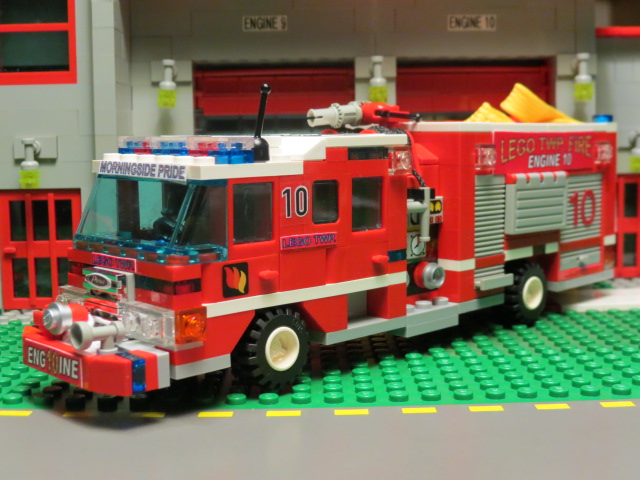